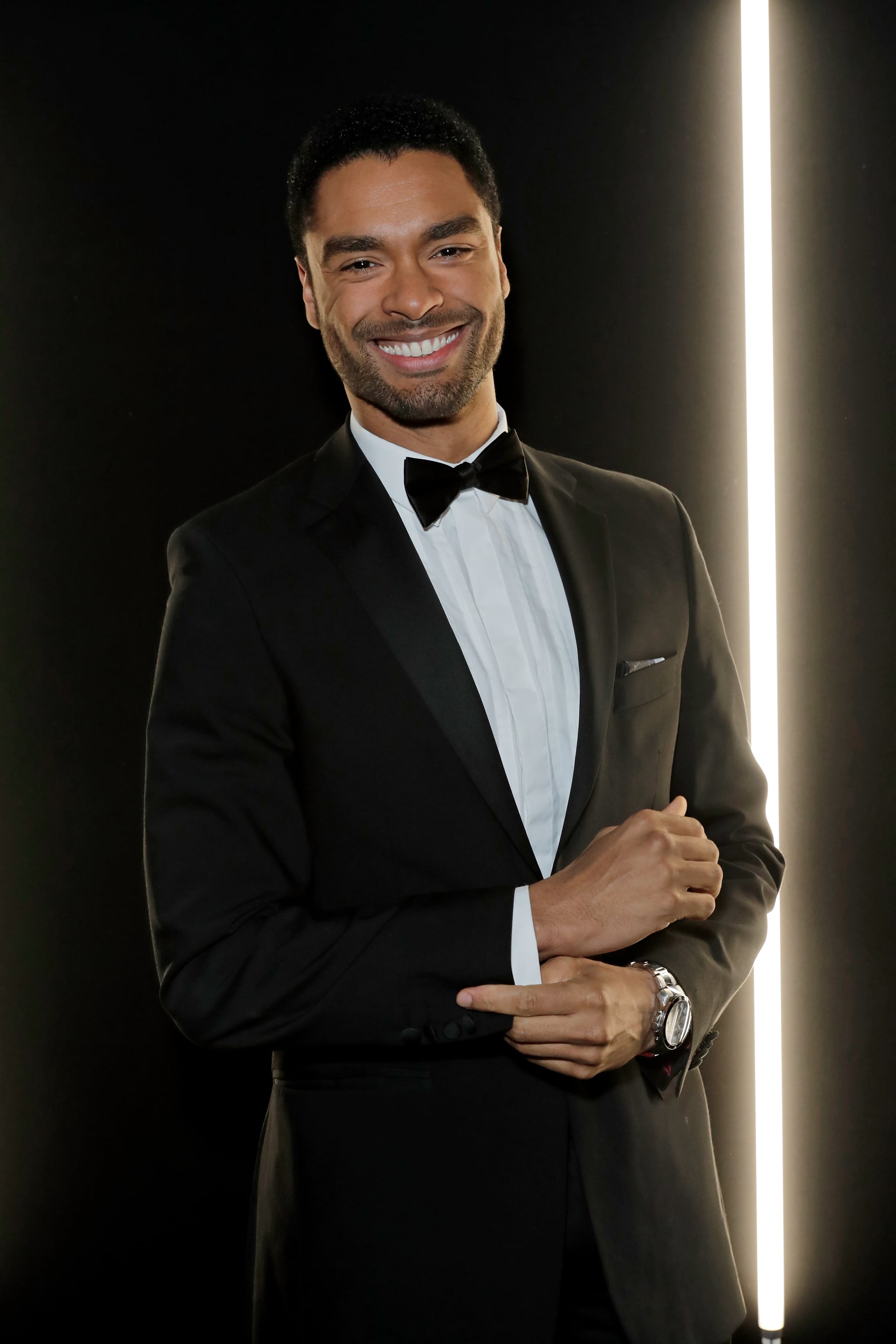 Regé-Jean Page’s impossibly charming portrayal of Duke of Hastings Simon Basset in Bridgerton has earned him an Emmy nomination. His reaction? Just as charming.

“It’s a joy to be seen,” the actor wrote on Tuesday in response to the news that he had been nominated for outstanding lead actor in a drama series for the forthcoming award ceremony on Sept. 19. Page went on to congratulate his fellow cast and crew — a “dazzling group of artists” — on the 12 nominations the Netflix series received, including for outstanding drama series. Page also celebrated the Creative Arts Emmy nomination for Sylvie’s Love, in which he appeared in a supporting role. After listing the many nominations, Page wrote, “And 1 happy, tired boy who gets to be a part of it all.”

This marks Page’s first Emmy nomination since kicking off his acting career over a decade ago in 2004. It’s also a fitting farewell to the beloved Bridgerton character, as Page announced in April that he will not be returning for season two. Page told Variety at the time, “Simon was this bomb of a one-season antagonist, to be reformed and to find his true self through Daphne. I think one of the bravest things about the romance genre is allowing people a happy ending.”

Britney Spears is taking the cutest trip down memory lane, revisiting a past performance and remembering the good ol’ days! The 39-year-old singer and...
Read more
News

After making his...
Read more
News

The Saudi Royal Family May Have Paid $450 Million For A Fake Leonardo da Vinci Painting… A Painting That Sold For $1,000 In 2005

(Photo by Emma McIntyre/Getty Images)According to Deadline, Golden Globe nominee Jennifer Lopez has officially signed on a new project for Netflix in the...
Read more

What Time Do Netflix Shows Release?

The Avengers Flip Their Shawarma Scene, Revealing a Heartbreaking Truth

MTO News has learned that at least 20 people were shot yesterday, while standing on line waiting to attend a rap...
Read more
News

Meghan Markle Says Kate Middleton Made Her Cry Days Before Her Wedding – Details!

Meghan Markle told Oprah about a tense situation she had with Kate Middleton back when she was yet to officially enter the royal...
Read more

All the Celebs Changing Up Their Hair During Quarantine

All the Celebs Changing Up Their Hair During Quarantine ...
Read more
News

Is Idris Elba Really Riding a Horse in Concrete Cowboy?

When I first learned that Idris Elba would be saddling up for Netflix's Concrete Cowboy, that's all I needed...
Read more
News

The Honest Company finally made its debut as a public company on Wednesday. The IPO was a victory lap in what has been...
Read more
News

Of the shocking revelations included in Prince Harry and Meghan Markle’s Sunday night interview with Oprah Winfrey, some were easy to understand immediately—...
Read more