The style of music now widely known as drill first emerged on the south side of Chicago. It contains a brooding, sinister quality that separates it from other contemporary hip-hop subgenres. The songs aren’t overly complicated — they contain a quick hi-hat and a thick undulating bassline. The real draw comes from its rich emotional texture. Drill would eventually spread from Chicago to London, where it stirred up controversies about youth crime. It was Pop Smoke, from Brooklyn, who ultimately brought drill to the masses. He was quick to notice the tenacity of the genre’s British inheritors, teaming up with 808Melo, a producer from East London, on both of his Meet the Woo mixtapes. Despite the rapper’s tragic death in the spring of 2020, Pop Smoke’s legacy made its halfway across the world, to Ghana, where a group of young people inspired by the rapper’s minatory take on the genre decided to make their own.

They call it Asakaa, an interpolation of “Saka,” a slang spoken by young people in the city Kumasi. “Saka,” comes from the Twi word, “Kasa,” meaning “to speak.” Their main creators are a crew called The Asakaa Boys, a constellation of artists that includes Jay Bahd, Kawabanga, O’Kenneth, City Boy, Kwaku DMC, Reggie, Sean Lifer, Braa Benk, Rabby Jones, and Yaw Tog. They’re achieving notoriety not only in Ghana but across the world, offering an account of the ways drill music can translate feeling across cultures.

Home of the old Ashanti kings, The city of Kumasi was ripe for drill’s arrival. The culture there has already been harboring a brewing American influence. Before the rise of Asakaa, young people in the region had begun calling the city “Kumerica,” an amalgam of the words Kumasi and America. Some speculate that it dates back to the Eighties, when Ashanti men traveled to America looking for work, bringing the culture back with them when they returned. Once it found its way onto social media, the idea of “Kumerica” was cemented. Online, different suburbs of Kumasi were informally renamed as American states — Manhyia became Washington DC, Kejetia became New York and Abrepo became Giorgia. Before long, someone even designed a flag.

The music sounds right at home. Jay Bahd raps in a guttural baritone delivery, not unlike the late Pop Smoke. He’s gotten almost two million views on YouTube with his song, “Condemn.” And the video for his new single “Y3Y3 DOM,” which sees Bahd and the Boys reclaiming Ghana’s pre-colonial past, clad in traditional dress and brandishing spears, is at half a million and counting.

“The Asakaa boys, they are a team,” says Kofi, the young director who shoots their music videos. “It’s all about brotherhood. If you watch the videos you see the energy, the energy changes everything.”

Kofi and Reggie can take credit for helping discover Yaw Tog, the eighteen-year-old who’s becoming something of a poster boy for Asakaa. “Someone posted a video of Yaw Tog freestyling on WhatsApp,” Kofi recalled. “That person gave me Yaw Tog’s number and we’ve been working together ever since.”

Born Thorsten Owusu Gyimah, Yaw Tog was raised in Santasi, a suburb of Kumasi. He grew up in a middle-class family and has two older sisters. “Yaw” is the name Akan communities give to any Thursday-born male – “Tog” is his initials. Yaw Tog’s hit “Sore” (meaning “Rise up” in Twi) went viral almost immediately. It has a heavy, chanted chorus, and merges traditional West African influences with drill’s energetic flow. The song’s success prompted a collaboration with UK hip-hop star, Stormzy, as well as the Ghanaian rapper, Kwesi Arthur.

“I woke up one day and suddenly Stormzy wanted to jump on my song. I was going crazy,” Yaw Tog excitedly proclaims over Zoom. “When he flew down and we shot the video with him and Kwesi, everybody pulled up, all the gangs pulled up for the shoot, it was amazing,” Yaw Tog says. “Before he left, he gave me some advice and told me to always stay humble.” Yaw Tog says that he initially wanted to be a soccer player, but had to stop because his parents didn’t approve. His mom — now popularly known as “Mama Tog” — reportedly wanted her son to become a doctor.

Before their collaboration, it was Kwesi Arthur who inspired Yaw Tog to take up music. “I saw Kwesi making waves, I started listening to his music, then I started the grind,” he says. Yaw Tog’s rise comes alongside the expanding influence of Afrobeats by various worldwide stars. As music from West Africa becomes more prominent, he may well be on the cusp of international fame. 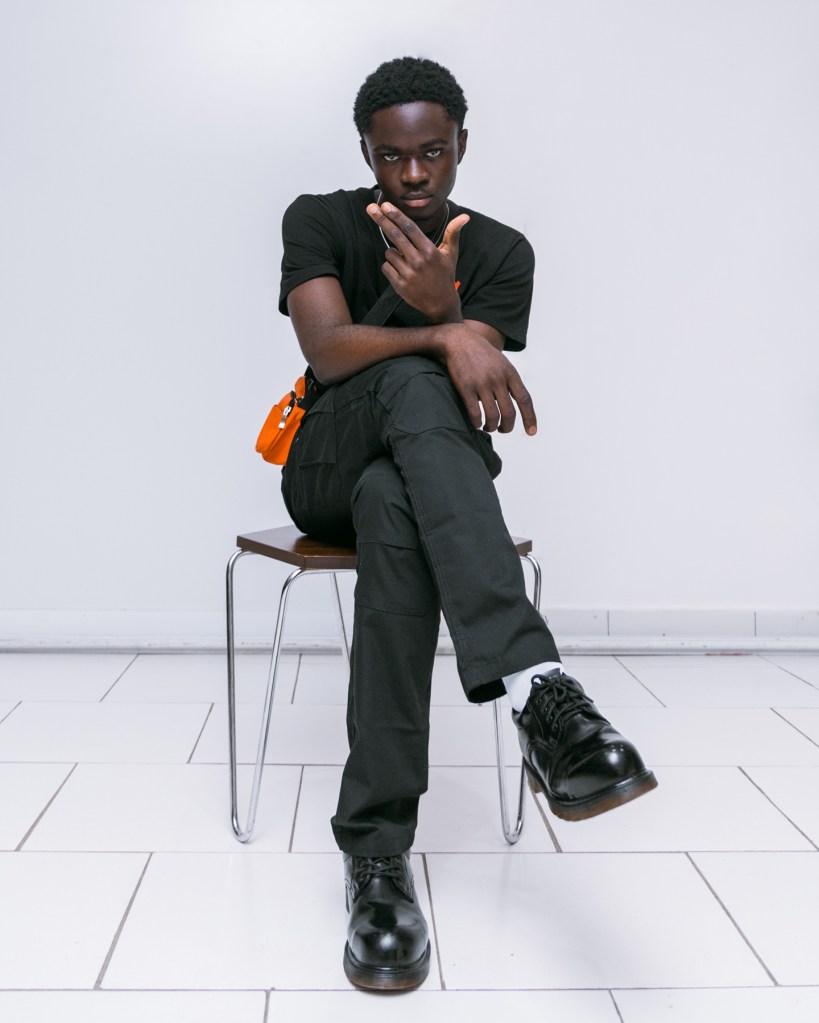 Some swear that Kumerican lyrics are less violent than its drill progenitors, but that’s not strictly true. Jay Bahd’s lyrics are often violent and it’s not uncommon to see Kumericans paying homage to the American criminal mythos: sporting red bandanas and claiming to be members of The Bloods. Still, the violence alluded to in Asakaa feels more connected to metaphor than any specific or active gangs.

In March, Yaw Tog released his EP, Time. The project displays the breadth of his talents as a songwriter. It’s a dynamic album, moving easily between triumph and introspection. It begins with “Gold Friends,” a heartfelt shout-out to his Asakaa family. “Roll up with my brothers,” he sings over an ethereal, faraway melody. “Came from the dirt/always digging up for betters.” The EP has been praised for re-imagining what the genre is meant to sound like. Though Time leans heavily on Kumerica’s distinct brand of drill, the record also has flashes of trap and Afrobeat

“The reason why I put out that EP was to tell the people, I’m not just an emerging artist but I’ve arrived,” he says. “The reason why I named my EP Time is because it’s my time, and my time is forever.”

Yaw Tog ended the interview with a story about how he recently caused a massive backlog of traffic after a few cars pulled up beside him at a red light and recognized who he was. “I just stayed there, the lights went green and I didn’t even go, they were all screaming my name. There’s so much love here in this country. They support the movement.”

Finally. Smallville is flying its way onto Blu-ray for the first time ever this October in honor of the Emmy-winning show's 20th anniversary,...
Read more
News

Kylie Jenner wants you to know she’s NOT a mean girl! The KUWTK star took to social media to address the claims made by...
Read more
News

Evan Metropoulos and his family specialize in saving iconic companies and making them profitable again. Now, he's looking for someone to bail him...
Read more
News

Grey's Anatomy season 17 continues to bring back beloved cast members, and Mark Sloan is one of the latest....
Read more

Travis Barker might be ready to fly again. In case you didn’t know, the 45-year-old rocker nearly died in a plane crash that tragically...
Read more
News

E! News has reached out to Murray's attorney and has not heard back. According to Entertainment Weekly, Murray addressed his rumored clash with...
Read more
News

Vanessa Bryant Talks To People Magazine For Their Issue, ‘Women Changing The World’

One of AMC's most successful — and most profitable — series is "The Walking Dead." Unfortunately, over the last 10 years the show...
Read more

Baby Yoda sneaks are coming just in time for summer. And they promise to bring the Force of comfort to your feet. One...
Read more
News

Call it fate, call it luck, call it karma, but after years, nay, decades of waiting, Ghostbusters fans are finally getting a proper...
Read more
News

https://www.youtube.com/watch?v=UBjTdLGV8L0 Pop icon Dua Lipa is back in a brand-new video for Pop Smoke's posthumous track, "Demeanor," which the singer...
Read more
News

We independently selected these products because we love them, and we hope you do too. Shop with E! has affiliate relationships, so we...
Read more
News

Why Umbrella Names Viruses With Letters