It started out all fun and games for Cardi, but before the night was through Candace was threatening to sue for defamation and Cardi was threatening a countersuit of her own.

At first, after Candace Owens trashed Cardi B’s Grammys performance of “WAP” during an appearance on Fox News with Tucker Carlson, Cardi appeared to be having fun with the right-wing pundit.

But things quickly got more serious as Candace laid into Cardi as a terrible role model for young women, and Black culture, with Cardi accusing Candace of setting “women Black or white to hundreds of years back” and even pulling out an old tweet of Candace praising Cardi for her self-expression.

When it all began innocently enough on Monday night, it was all joy from Cardi as she shared footage of Candace and Tucker blasting her performance on his show, captioning her share, “WE MADE FOX NEWS GUYS!!”

In the clip, Candace said that Cardi’s performance represented “the destruction of American values and American principles. And it’s terrifying! Parents should be terrified that this is the direction that our society is heading towards.”

The following day, Cardi jumped back onto the social media platform to directly thank Candace for talking about her performance, thus “giving it more views,” which ultimately means more money for her.

She concluded that tweet by saying, “Remember grown parents, only you can monitor what your kids watch, no one else.”

Candace quickly shot back, saying that Cardi is “being used to encourage young women to strip themselves of dignity,” falling on the archaic patriarchal notion that “men typically treat women how they treat themselves.”

Just @ me next time, directly.

You are a cancer cell to culture. Young black girls are having their minds poisoned by what you are trying to package and sell to them as “empowerment”.

I’m one of the few that has courage to tell you the truth.

You should thank me. https://t.co/qvYriScfWm

The reason my comments always get you into your feelings is because deep down, you know what I am saying is true.

You are in a position to empower young women to aspire to something more than taking off their clothes but you don’t feel you can be more. https://t.co/Zawq69mO2N

Candace was ruthless in her attacks on Cardi, at one point calling her “a cancer cell to culture,” saying that she’s poisoning young Black girls packaged as “empowerment.” She went on to suggest that Cardi does this because she doesn’t believe she can be more than someone who takes off their clothes herself.

Cardi then cited Melania Trump’s nude modeling past as inspiration, which only pushed Candace even further. “You are digging up modeling shots from our former First Lady from 3 decades ago,” she wrote. “She has evolved. You have not. What you did at Grammy’s was disgusting. Own it.” 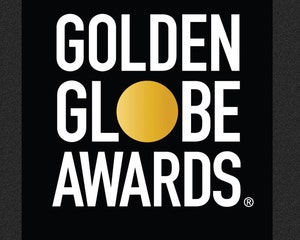 I’m obsessed she’s my idol 😍 She showed me I can be naked perform wap and still be a First Lady one day ! ….wait so only White women can be naked and show their sexuality and evolve in their 30s but I can’t ? Wow America is soo unfair .To think this was the land of the free. https://t.co/f36x5a7H3H

Cardi pushed back against that argument by saying that Melania showed her that she, too, could be First Lady one day. Or is it that “only white women can be naked ands how their sexuality and evolve in their 30s, but I can’t?”

In response to this, Candace doubled down on claims that Cardi is “part of a larger cancer that is manifesting in Black culture.” She further added that “there’s no person in America who can look you in the face and honestly say they wish their daughters turned out like you.”

Cardi then shared a clip of Candace saying that she was doing what a woman should be doing, making her husband a sandwich in the kitchen, adding with a giggle, “Nine months pregnant and barefoot.”

Sharon Osbourne Not Sure If She’ll Return to The Talk: ‘I Don’t Know Whether I’m Wanted There’

Making my husband a sandwich is not submissive.
Cooking for your family is not submissive.
Yes, a good woman should take care of her family. And yes, a good man does the same.
My relationship is healthy. You can’t say the same so maybe take some notes. https://t.co/so86avZJtJ

“And Black women should be more like you?” Cardi captioned the video. “After all the fighting for equality and freedom they should be submissive to a white man?”

Candace shot back that it’s not submissive to “take care of” your family. “My relationship is healthy,” she tweeted. “You can’t say the same so maybe take some notes.”

If you think making your husband a sandwich is a sin, but popping your vagina into another woman’s vagina in front of the world is power— you are a lost soul.

You always love to mention my husband’s skin tone— so let me ask— what color are the people that are encouraging you to strip in front of the world?
Who owns your record labels?
Who owns CBS and the GRAMMY’s?
Who made the most money off of your WAP?

You sold it to who?

Belcalis— I will literally make my husband a sandwich every single day of the week.
You’re struggling right now to change the topic because you are ashamed of your performance, and you should be.
You look foolish trying to make your on-stage lesbian simulation about a sandwich. https://t.co/VCjCAGpqFX

She then went on to a more pointed attack on Cardi’s performance with Megan Thee Stallion before calling out the skin tone of the people behind Cardi’s career. “Who made the most money off your WAP?” she asked. “You sold it to who?”

Cardi’s response to this was to cite white-created stereotypes of Black women as “only being good in the kitchen and taking care of children, also known as the ‘mammy.'”

She then attempted to pivot to an old tweet from Candace Owen where she cited Cardi, along with Denzel Washington, as one of her “predictions for the Black revolution for free thought.”

“She doesn’t pay attention to politics but if she did she would be a Kanye mindset,” Candace wrote in the 2018 tweet. “She believes in freedom.” This was, of course, before Cardi became extremely political, only on the opposite side of the aisle as Candace.

“Every time you and I get into a Twitter exchange you keep bringing up this tweet so let reiterate: I still think you have potential. You are entertaining & funny— but you are not being that anymore,” Candace responded to the resurfaced tweet. “You have transformed into a stain on culture and what it means to be a woman.”

Millions of young girls follow you. At your best, you are self-deprecating and humorous.

At your worst, you are naked, shoving your vagina into another woman’s vagina while thrusting atop her.

You were at your worst on the Grammy stage.

As remarkable as it may be to believe, the argument escalated even further from there, with Cardi bringing up a very personal alleged tweet about marital infidelity that Candace immediately accused Cardi and her team of photoshopping.

As Cardi stood by the tweet, insisting it was real — which appears to not be true — Candace quickly went from “literally laughing out loud” to “100 percent suing Cardi for that nonsense” in a few short tweets.

Cardi then responded, saying that she was “going to sue Candy for claiming I photoshopped a tweet that dozens of articles reported about back in November … First she claim me and my team photoshopped it now it was a fake tweet. Which one is it?”

She then called for everyone to Google the tweet in question. And while it’s true that it was reported on back in November, there is no evidence that the tweet was ever actually written by Candace. Instead, it appears to have been a doctored tweet from the beginning.

Cardi then cracked a joke about the two of them making out (sharing footage from her Grammys performance), but Candace was definitely not ready to back down or take a lighter tone.

Bachelor Matt James On Ever Getting Back With Rachael Kirkconnell, ‘Frustrating’ Conversations About Race

Tempting. But I’m thinking me and you in a courtroom debating defamation law is what’s around the corner.
❤️ https://t.co/6ujm7ViwPV

Your show is not the trending topic .Actually the description says you are trending for arguing with your MOTHER about her wet ass pussy not your show .AINT NO BODY CAME TO SEE YOU OTIS https://t.co/1oXcRvrCJf pic.twitter.com/u7Usu4Cgvr

The evening did end, though, with Candace thanking Cardi for helping to get her trending on Twitter, suggesting that it was her upcoming new show that was trending. Cardi was quick to clarify that even Twitter’s explanation as to why her name was trending is this feud with Cardi.

But hey, there’s no such thing as bad publicity, right?

While the feud has again cooled to a low simmer, this isn’t the first time these two outspoken personalities have butted heads, and it likely won’t be the last.

Roman Polanski’s Rosemary’s Baby is timeless. This is despite — but also, it’s uncomfortable to admit, because of — our collective reservations about...
Read more
News

Johnny Bananas Says He's Up for The Challenge All-Stars, Another Real World and DWTS

Michael Strahan sat down for an interview with Chris Harrsion after he defended a Bachelor contestant’s racially insensitive behavior. Although the host offered...
Read more

Early this year, Joey Ryan, half of the indie folk duo the Milk Carton Kids, received a text from his friend Sara Bareilles....
Read more
News

The Bachelor Nation star shared the big news that she is currently expecting! Furthermore, she used this opportunity to also pay a...
Read more
News

Opposites attract! Gwen Stefani and Blake Shelton might seem as different as can be — but they make a perfect match. The musical duo...
Read more
News

Gift The Gift of Sweets This Mother’s Day

This Mother’s Day sweeten Mom’s day with candy that’s sure to surprise and delight! From countless hugs and snacks to advice and unconditional love,...
Read more

There may be a pandemic going on, but that's not stopping the Drag Race queens from getting some valuable insight from the current reigning...
Read more
News

James Gunn debuted a second trailer for his upcoming DC film The Suicide Squad less than a week after premiering the R-rated trailer....
Read more
News

MASKLESS NYC Woman Calls Black Worker A N**GER For Not Serving Her!!

A maskless New York City woman, who is a proud Trump supporter, is going viral for calling a Black worker the...
Read more
News

Migos rapper Quavo got back $350,000 from his ex-girlfriend Saweetie, in the wee hours of the morning. MTO News spoke with...
Read more